Well after a short 4 hour sleep it was time to see what Quito and the weather was like. After a shower a walk down to the restaurant was as far as I could manage. Thought I was having anxiety attack but it seems that at 2400 mtr above sea level it is more likely altitude sickness. Weather was cool and showery and I just had a look around the locality of the hotel. at 2.00pm we had a briefing about the Galapagos islands.

After the briefing we went to the oldest part of the city for a guided walk but just as we got going the heavens opened with torrential rain and thunder like I haven’t heard for years. I suppose that if you are that high then it is to be expected. Still it was interesting even though I could not get many photos because of the rain. We ended up at a little restaurant for refreshments before calling it a day. The picture posted is the Basilica del Voto Nacional. Quite a beautiful church in the old district. The rains kept on so we (the group…more to follow on the people) headed of for a snack and taxi back for an early start tomorrow for the islands of GALAPAGOS 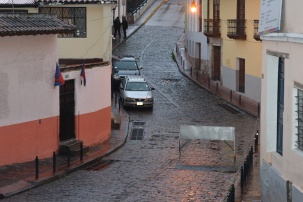 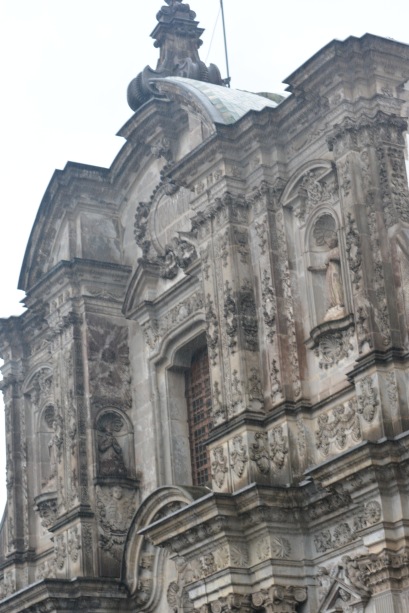 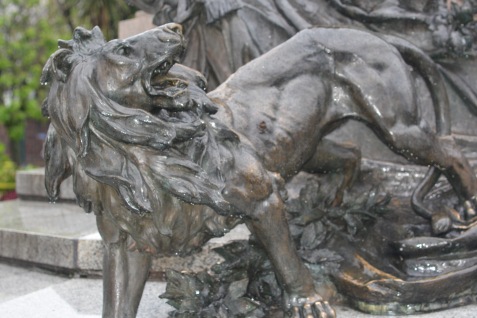 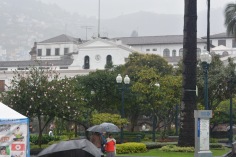 As a post script and before I get inundated with names of photos……After the deluge of the night all papers were so totally sodden I could not make out what we visited. Will endeavour to find out later.