After spending a fantastic few days on the Fiordland it was then time to head down to Stewart Island for a couple of days to see what that had to offer, but first a night in Bluff. I was all geared up for a feast of Bluff Oysters but silly me didn’t account for it being the wrong season and also the whole of the industry had been wiped out due to disease! 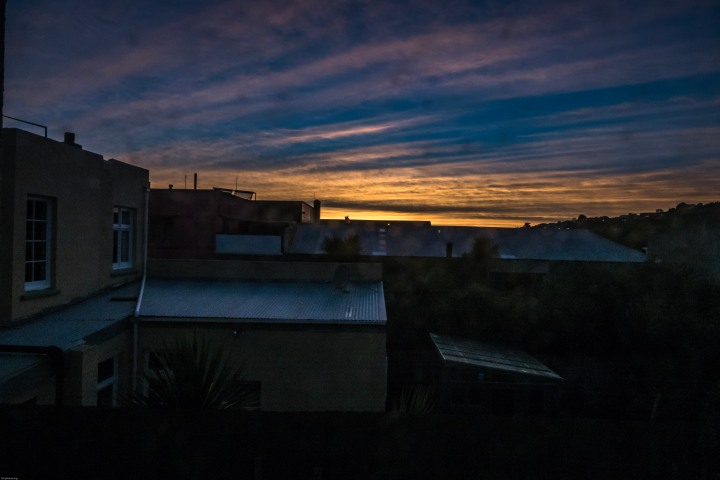 Shots from the ferry on the way to Stewart Island. 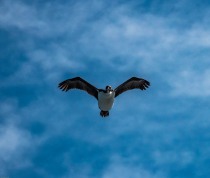 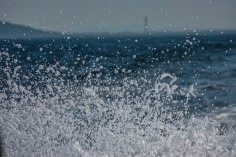 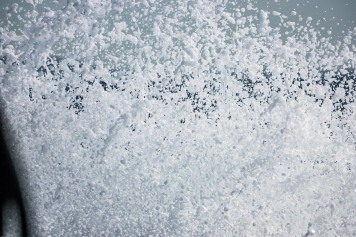 Once at Oban on Stewart island I booked into the lodge and organised a couple of trips, one to Ulva island and midnight Kiwi hunt experience. The first trip was to Ulva island a known bird sanctuary, the way to get there was via a launch that 1st of all had to drop a couple of people off in Rakiura National Park…the only way to do that was to drive up Rakeauha river which was exhilarating due to that it was tidal and h the driver had 15 min  to get in and out. I will post a video in a couple of days. 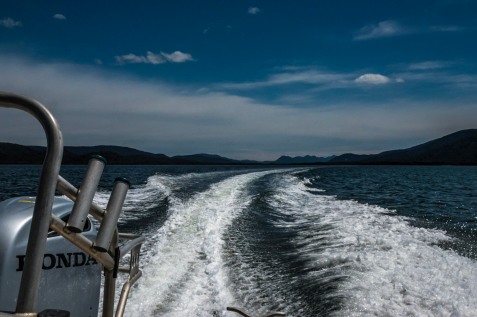 Once the people were deposited we headed back across the bay to Ulva Island where I was to spending 4 hours touring the trails and trying to get photos of the wildlife, ironically the area has had several months of drought so the birdlife was sparse but I still had an enjoyable day with a few photos. 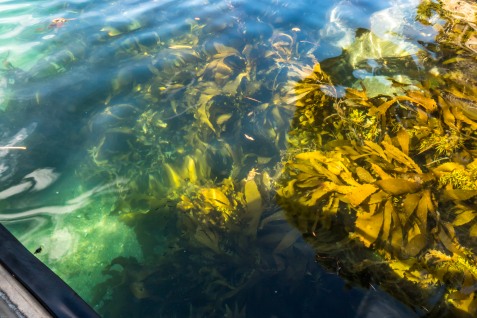 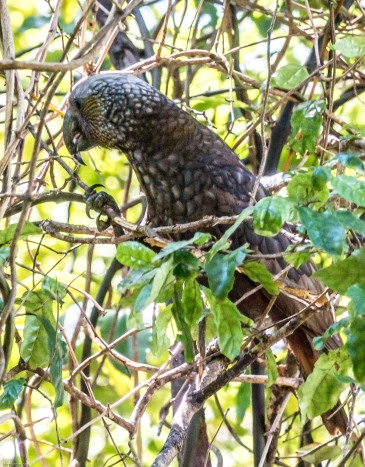 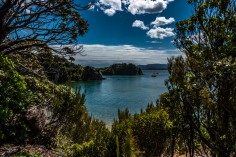 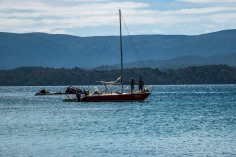 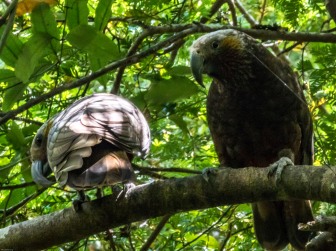 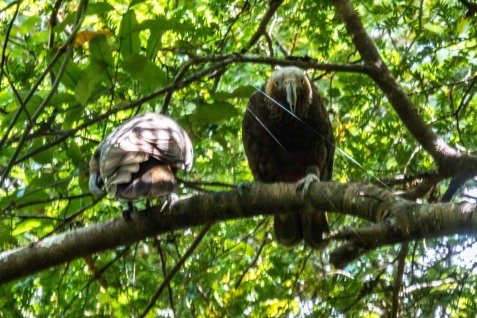 I left the island about 4.30pm heading back to Oban for dinner before my next adventure which was the night time encounter with the Kiwi bird. The size of the kelp was interesting and a few more pictures…….

Well fed I then readied for the next trip. The plan was to depart at 8.30 for a 90min cruise across Paterson inlet to Little Glory Cove to view (if lucky) the Rakiura Tokoeka, the largest variant of the Southern Brown Kiwi. I always thought that the Kiwi was not much bigger that a large chicken….how wrong can you be. On boarding the boat I said to the crew “could I have a couple of Albatross to photograph” not much chance of that he replied, haven’t seen for a few trips.

The top left hand pic shows what we saw in the distance and the others are the Penguin that was alone and enjoying the evening. Suddenly out of the blue an Albatross landed off in the distance at the side of the boat and I was capturing what I could when out of the corner of my eye another came into land. I can only describe that it was like a seeing a massive glider and unfortunately I wasn’t quick enough to get it in flight. BUT a life long dream had been achieved I saw an Albatross in the raw. 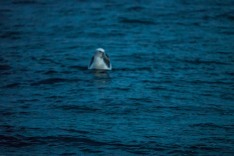 We then headed to the Cove to see if we could find the elusive Kiwi. Well we weren’t disappointed, after about 3/4 hour we spotted (in the distance) our 1st one as it was rummaging around for food. Then another a little closer (one has to realise that we were using red light torches as the Kiwi is such a timid bird.) but as time was pressing we needed to get back to the boat and get back to Oban. Just as we were winding our way back one appeared about 6 feet form us. This was the icing on top of the cake, we stood for a good 1/2hour with the Kiwi foraging for food and ignoring the group. it then decided that there must be better food on the other side of the track and walked within 6 inches of me but as we were now by moonlight I could not take a photo. should have thought video though) The size of the bird amazed me it was larger than a bush turkey.

We eventually got back to Oban at 1.45am (scheduled for 12.30am) elated with the evening. Next morning I decided that I would stay close to the sea front as travels had started to catch up and I need to refresh. I stayed at the Stewart Island Lodge and whilst there must be lower cost accommodation I was wrapped in the lodge and its staff. I  and booked my last 3 destinations (Milford. Doubtful & SI) and the service was unbelievable. I would highly recommend looking at them for travel.

My final photos are of the lodge, the garden and some of the water birds. 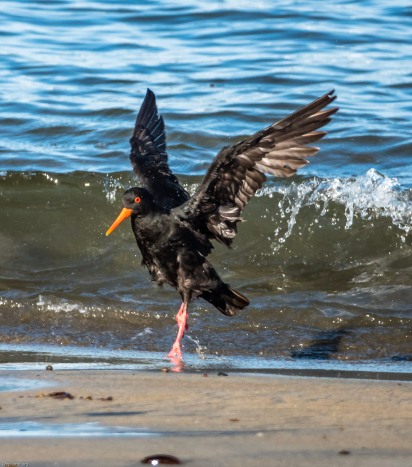 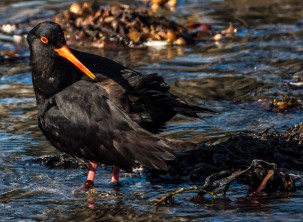 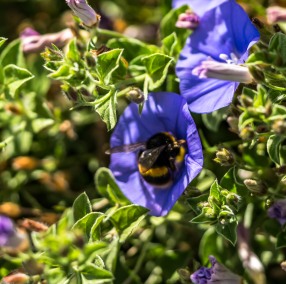 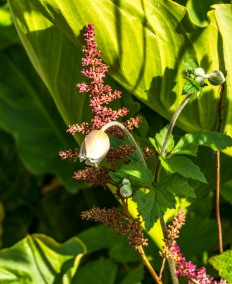